You are here: Home

Silencers (or suppressors if you prefer) are very common items cheaply available in many countries, and actually required in some for shooting on ranges within urban boundaries.

In the US they are treated quite differently, requiring an extensive background check from the BATFE and very strict regulation. This is mostly because of their portrayal by Hollywood as making guns virtually silent, and only being used by criminals for nefarious activities. As an example, this from the Giffords Law Center website:

Silencers are inherently dangerous devices that criminals could use to suppress the sound of gunfire and mask muzzle flash. These deadly accessories have been effectively regulated since the 1930s, and would make it difficult for people who are nearby to identify the sound of gunshots and locate an active shooter. Silencers put law enforcement and the public at grave risk.

Notice that there is zero discussion of the positive aspects, only that criminals could use them. Well, have you ever heard a car without a muffler? or seen the flames that shoot out of the exhaust ports with no containment? We could use exactly the same argument, that car mufflers are inherently dangerous devices that criminals could use to mask the sound of their escape after committing criminal activity.

Dual ear protection—muffs and plugs—is the gold standard for any professional shooter, including police and members of the Armed Forces.

This is true. But it is entirely missing the point. Most people use silencers not so much for themselves as for those around them. It would seem that rather than silencing the guns for the neighbors of a gun range's benefit, they think that all of those people should invest in, and wear, hearing protection. Apply the same logic to cars, rather than cars having mufflers, people bothered by their noise should wear hearing protection. I don't think so.

If the worry is about criminals using them, so we don't want anyone to use them, well, how hard would it be for a criminal to obtain one? There are various things our criminal can do. there is the age-old criminal acquisition technique known as theft for a starter. That is currently not so easy. As it stands, these things are rare, and more than that expensive, and can take up to a year to get through the BATFE processes, so their owners tend to take good care of them and keep them locked up when not in use.

So what is a criminal to do? Well, they can always make their own. Lets take a look at the simplest form of commercial silencer:

As you can see, its basically a tube, with a tube that slides inside which has been cut into sections. Each section is inserted, followed by a washer, next section, next washer etc. Much more expensive silencers with use something a bit more sophisticated than washers as the internals and may actually get a little bit more sound suppression, but this sort of silencer works pretty well, and is not difficult for someone with a bit of practical ability to make. In fact, you can get a license from the BATFE to make one (just one) yourself. Its still has a $200 tax and you still have to do the extensive background check and wait around a year, but a lot of people like to build their own stuff, and this is typical of the first silencer that someone might build.

Of course, get caught with it without the paperwork and tax stamp and you are in trouble. But, thats pretty much the definition of being a criminal anyway, isn't it?

So maybe you don't have much practical ability, there are other options. You can go to eBay and buy a "solvent trap": 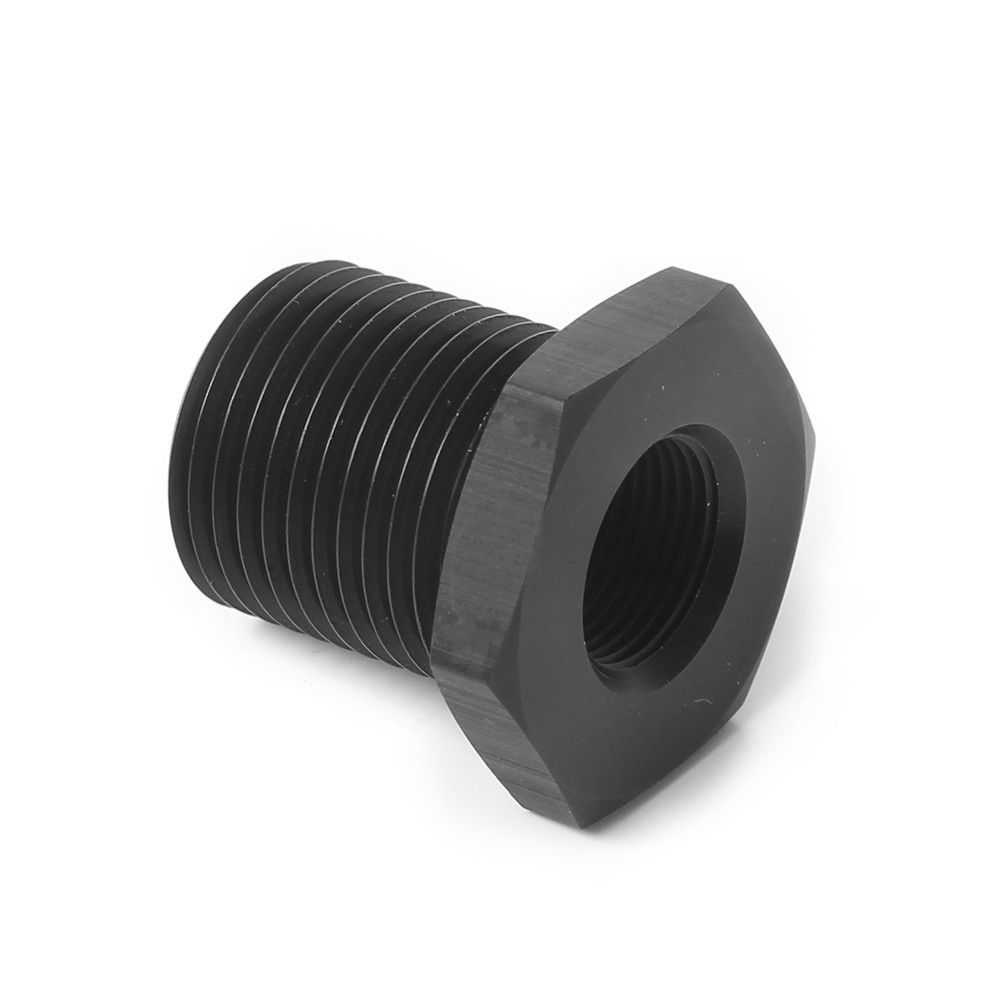 This little device has two different threads. The internal one fits the barrel of your gun. The outer thread fits a car oil filter. The oil filter doesn't have a hole in the end, but that is easily solved by firing one shot, which makes a hole in the end.

An oil filter is obviously much more bulky than a properly designed silencer, but it is quite effective. It may not last long, since the internals are mostly plastic and paper/cardboard, but then it is cheap and easily replaced.

If you want to do this legally, you can actually register one of these (yes, just the thing in the photo above) as a silencer. It will cost you $200 and a fairly long wait for the BATFE to process your background check.

There used to be a link to a video here of someone with a legally registered one of these devices showing how it worked, but Google decided that his video violated their community standards and removed it.

The point is though, if a criminal wants a silencer, one of these things costs about $2 on eBay, and an oil filter maybe $5.
As you can imagine, for someone slightly mechanically inclined, making one of these would be trivial.